skip to main | skip to sidebar

Native Dancer was about 16.2 and exceptionally heavy and muscular at maturity, but he was always "the big horse", especially in his own mind. Geisha's son dominated his companions as a weanling and yearling in the paddocks, bullying them when he felt like it, and he was always the first horse to the gate every night.

While in training, Native Dancer famously suffered from osselets, an ailment one never hears mentioned anymore. (Osselets are basically an arthritic bony enlargement on the front of the front ankles). According to Dan, however, the condition was far more cosmetic than painful, but trainer Bill Winfrey loved to talk about them to the press, just to mess with their heads. He often stood Native Dancer in an ice bucket at the front of his stall even if he didn't need it so that rival trainers would think he was less fit than he really was.

Native Dancer came by his ankle problems honestly, though. He was not only massively heavy, but he had short, upright pasterns and a round, pounding action. With that combination, it is remarkable that he stayed as sound as he did for 22 starts. He won 21 of them, of course, losing only when short of work for the Kentucky Derby. Much has been made in retrospect of some minor traffic trouble Native Dancer encountered going into the first turn of the Derby, but the truth was that Winfrey had been forced to rush his preparation after deciding to fire his ankles fairly late in the winter.

Native Dancer was a short horse in the Derby, but finished a closing second to a very good front runner in Dark Star. Would he have won with one more race under his belt or more time between his three preps? If we could rewrite history, I would bet on it.

In the end it was not ankle problems that ended Native Dancer's racing career, but tender feet. He raced only three times at four, winning the Metropolitan Handicap in his only stakes effort before recurring foot bruises forced Winfrey to call it a career. Tom Fool's unbeaten season had robbed Native Dancer of Horse of the Year at three, but voters awarded him something of a career honor by making him Horse of the Year at four despite his brief, relatively inconsequential campaign. No one doubted he was the best racehorse in America in 1954.

Native Dancer stood at Alfred Vanderbilt's Sagamore Farm in the beautiful rolling hills north of Baltimore, Maryland. I first visited Sagamore in 1969 during my grad school years at Johns Hopkins University. Sadly, that was after Native Dancer's death, but his son Restless Native was there.

Native Dancer was a very good sire, especially considering where he stood, far from the best mares in Kentucky. He sired 43 stakes winners from 306 foals (14.1%), an exceptional percentage in any era. His daughter Hula Dancer (bred and owned by Gertie Widener) won eight of nine starts and was one of the greatest fillies in French racing history, though largely forgotten today. Raise a Native was brilliant, inheriting Native Dancer's massive physique and upright pasterns, but his tendons were tied in behind the knee, which led to a bow after only four starts.

Native Dancer's Derby winner Kauai King was probably one of the worst winners of that great race on record, making it to the winner's circle only because neither Buckpasser nor Graustark could run. Dancer's Image, of course, deserved to win the Derby, Butazolidin or not.

Native Dancer's genetic legacy, though, looms larger than his own stud career, partly because of his daughter Natalma's son Northern Dancer, of course, but more because his genes bear repeating. The constant crossing and recrossing of the Northern Dancer and Mr. Prospector stallions that now dominate our gene pool means that Native Dancer's name appears at least once--and often three or four times--in the pedigree of virtually every stakes winner that crosses the finish line. 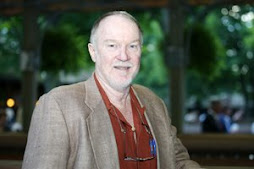 John P. Sparkman
Doyle, Tennessee, United States
John P. Sparkman was Bloodstock Editor for Thoroughbred Times, the national newsweekly for the Thoroughbred industry, from 1994 through its demise in 2012. Before becoming the pedigree and Thoroughbred history guru for the Times, however, he enjoyed a 15-year career as general manager of William du Pont III's Pillar Stud. At Pillar, Sparkman was responsible for breeding 1994 Kentucky Derby winner Go for Gin. Now semi-retired, John P. Sparkman assists breeders in mating their mares, stallion analysis, purchasing yearlings and broodmares, preparing specialty pedigrees, or creating and completing unique research projects. He brings over 40 years of invaluable experience, during which his matings have resulted in almost a 10% strike rate. Sparkman is author of Foundation Mares, which is available at http://www.amazon.com/gp/aag/main/ref=olp_merch_name_4?ie=UTF8&asin=1933958812&isAmazonFulfilled=0&seller=A151O8L7TGU3BD. He can be reached at ormonde1@gmail.com.